Green is often associated with the colour of health. We were always told as a kid to eat our greens, like broccoli, spinach, and Brussels sprouts. Today this stuff is often freeze dried, combined with a few other things and sold as a greens superfood supplement. It might be a convenient way to get your veggies, but it’s kind of sad, right. Anyway…

The green colour in these foods is associated with the presence of a compound known as chlorophyll. The structure of chlorophyll is similar to blood, and when it interacts with blood cells it increases the rate of hemoglobin production, which helps to carry oxygen around the body. On that knowledge it’s fair to say that your parents were probably right to force you to eat your green vegetables!

In psychology, the colour green is also associated with balance and harmony. Now, you might not feel balanced and harmonised after chomping down some green superfood powder, but it does contin some things that might help.

They can typically contain high levels of antioxidants (determined by ORAC factor), vitamins, minerals and other compounds highly beneficial for your body.

There is an array of greens supplements available on the market, and many of them come in a freeze dried form, which super concentrates the levels of nutrients found in them, giving them a bigger vitamin, mineral and antioxidant kick.

We will however briefly review some of the most commonly used green superfoods so that you can make your own informed decision as to which one’s could be right for you!

Chlorella is a form of single-cell algae (similar to Spirulina), and is suggested to be one of the oldest organisms present on earth.

Chlorella is a highly interesting organism as it can survive attacks from various other bacteria and viruses due to its thick cell wall. Manufacture of Chlorella takes place in large heated ponds, resulting in a large multiplication of the algae and a highly nutrient rich supplement.

Chlorella is the highest known source of chlorophyll with around 10 times the amount found in Alfafa. This is impressive since Alfafa is what’s mostly used in the commercial production of chlorophyll.

Chlorella has around 5.8g of protein per 10g dose, Chlorella is also rich in the essential fatty acid Alpha Linolenic Acid, and includes other vitamins, minerals, phytonutrients and antioxidants. It’s a supplement powerhouse! Vitamins and minerals include A, D, E, K1, B12, calcium, magnesium, potassium and zinc.

Spirulina (Arthrospira platensis) is a form of blue-green algae that comes from fresh warm water. Spirulina is a simple one-celled organism that got its name from the Latin word for “spiral” because of its spring-like structure. The use of Spirulina as a food source dates as far back as the 9th century.

It has been touted as a superfood for some time now – mostly for providing a good amount of protein and even having the potential to help aid your immune system!

Siberian Ginseng is what’s referred to as an “adaptogen” and encourages the adrenal glands to secrete stress fighting hormones. Some of the claimed health benefits of Siberian Ginseng are based more on tradition rather than science-fact, however Western research over the past decade or so has started to show Siberian Ginseng to have some powerful properties, including being used for mental alertness.

Wheatgrass is produced from the wheat plant (Triticum Aestivum), the same wheat we associate with things such as wheat
bread, pasta, and so on.

Wheatgrass does not contain gluten, which many try to avoid for a number of reasons. Wheatgrass packs a powerful punch when it comes to its nutritional profile. In fact, studies have shown that Wheatgrass contains as much as twice the amount of Vitamin C found in an Orange!

Wheatgrass also contains a small amount of amino acids; the building blocks of protein, as well as an array of energy-boosting B vitamins. It’s also contains potassium and fibre, which can help to keep your bowels healthy. Other notable nutrients include: Vitamin A, Vitamin E, Vitamin K, Thiamin, Riboflavin, Niacin, Vitamin B6, Pantothenic Acid, Iron, Zinc, Copper, Manganese, Selenium and a number of different Enzymes.

Ginkgo Biloba has been traced back in history to over 300 million years old, making it one of the oldest surviving tree species known. Ginkgo has been used for many years as a medicinal herb, especially within Chinese medicine. Of note, Ginkgo Biloba is actually a prescription herb in Germany due to some of its proven and powerful properties.

This ancient herb has been suggested to possess a number of health benefits, including having the potential to enhance oxygen utilisation by the body. Theoretically by being able to do this those that use Ginkgo Bilboa may see an increase in alertness, as well as physical performance.

Look for the greens superfoods that fit in with your current health and fitness goals! If nonne of the above benefits are aligned with any of your health goals then don’t waste your cash. If they are, and you hate green vegetables then a greens supplement could be a good health investment. 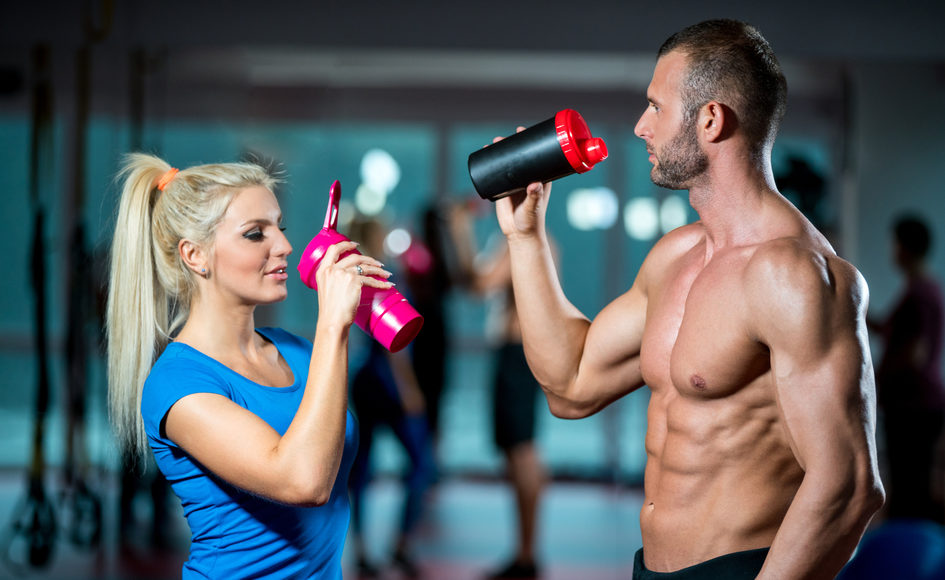