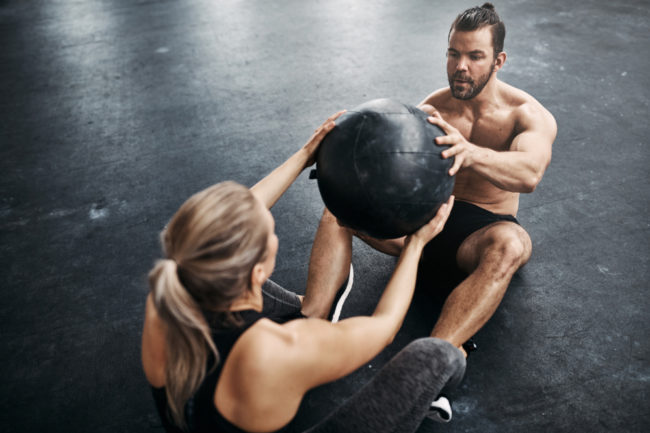 The core workout that you’re about to see is a great example of how to train your abs to both look good and to perform well. The movements I’m about to show you train the core muscles in a more ‘complete’ way, since we’ll be challenging them according to their function.

Before you skip this part and straight to the workout, you should probably hang with me for a while whilst I explain why it is that most core (or “abs”) workouts you see are not hitting the spot.

Most people use the words core and “abs” interchangeably. These things mean different things to different people. If you asked me, I’d say that there’s no such thing as just training abs, since “abs” is just short for saying the rectus abdominis (the six-pack muscle) and there’s no real way to isolate these without other muscles of the core co-activating.

So, every time you train your abs, from now on please do me a favour and just say you’re getting in a core workout. Unless you’ve come up with some special technique that allows you to limit contraction to just one single muscle, I don’t want to hear it.

That said for clickbait and to grab your attention from time to time I may still use the term!

What is the core exactly?

Your core is technically any muscle that controls movement around the lumbo-pelvic-hip complex. This is the definition as defined by scientific literature, so really you can’t argue this. You also can’t argue that that’s a ton of different muscles, not just your six-pack abs.

We can therefore say that included in this are muscles that we would never think of, such as the glutes, spinal erectors, quadratus lumborum, hip flexors, pelvic floor and even diaphragm.

There are also the more known muscles that are a part of the gang, such as the rectus abdominis, internal and external obliques, and transverse abdominis.

We won’t talk about the little suckers that are responsible for a lot of stabilisation around the spine and pelvic/hip complex, but just know there are quite a few of them that don’t often get the credit they deserve.

As you can see the core is a little more complicated that just what you might see on the outside, or what might be hidden under a small layer of abdominal fat. There’s stuff under that stuff, and it works a little like a cola can with a top, bottom and sides all keeping your trunk strong and your organs and spine protected.

To train the core efficiently then, we shouldn’t think too much about the individual muscles but rather the movements and directions that the core is involved in.

By training the core like this you will develop a mid-section that performs as well as it looks, whilst helping bulletproof your body from injury and back pain.

From now on you should classify your core workout exercises in the following way, according to what they bias:

Based on the true definition of the core, it’s clear that we’re missing some movement patterns that train the hip extensors and spinal erectors. Most core workouts typically don’t involve training these at the same time, and instead these groups of muscles are typically hit in your heavier lower body workouts. That’s why we won’t be covering these today.

“Your abs are an endurance muscle” debunked!

Because of the number of individual core muscles in play, for us to talk about muscle fibre composition of each of these would take us another thousand words. So we’ll not even go there, and instead mention that in general they’re a mix of both fast and slow twitch fibres.

Although developing some core endurance can be beneficial for some, including those already suffering from back pain, contrary to what some believe the core is not a ‘slow twitch’ muscle that’s built for endurance.

The rectus abdominis is composed of roughly equal amounts of both slow and fast twitch fibres. That means that your six-pack is built for both strength and power as well as to have a little endurance.

This fibre type composition is like both the muscles in the legs and arms, yet it’s not claimed these are endurance muscles is it? You wouldn’t train these with endurance-type reps to look better, either would you? Compare this to a muscle that is built a little better for endurance, the soleus muscle in the lower calf, this is about 80% slow twitch.

Now there’s a muscle where higher reps MIGHT work best!

To develop the core muscles, like literally every other muscle you see on your body you need to hypertrophy that muscle. For that you need to use a repetition range biased towards some hypertrophy development.

Whilst it’s true that you can indeed build some muscle using a slightly higher or lower repetition range, most of your time should be spent around the 8-15 rep range. Spending too much time in repetition ranges higher than this is one of the biggest core training mistakes I see.

8-15 is a broad number of reps I know, but trust me when I say I could make that repetition range even broader. So, we’ll stick to 8-15 for now, with an equal about of time spend around the 8-10 rep mark as you might do 15 reps (or beyond) within the same core workout or averaged throughout the year.

Oh, and by the way that’s the same for women too. Muscle fibre type and how to hypertrophy a muscle is not gender specific, it’s human specific. You will not wake up one morning with huge blocky abs by training them using a lower repetition range. If you do then congratulations, you’ve defied all law and proven me wrong.

Holding planks for minutes on end isn’t a good idea either, unless you’re trying to train low level core activation for a longer period of time. Opt for shorter duration and more complex or loaded plank variations instead.

A note on spinal flexion

Spinal flexion is a contentious subject, ever since a small amount of (non-applicable) research involving a dried-out old pigs spine became research news. The conclusion was that since in-effect the spine broke after continuous repeated spinal flexions, that spinal flexion was bad.

If memory recalls correctly, I believe the number was around 10’000 flexions. Of note the world record for sit-ups is over 133’000, and as painful as that might have been the next day, he didn’t go through 13 spines to set that record.

On that note I’d highly encourage those that still believe that spinal flexion will eventually break your spine to properly read the original research, and all that that has been done since.

Granted although there may be better core movements to focus on than those that involve repeated spinal flexion, the spine was designed to flex, to adapt, and the abdominal muscles that make this movement possible to adapt along with it. If you want a six-pack then you’’ benefit by including some form of progressive spinal flexion within your core workout.

Now we’ve got that out of the way, and you understand why there’s always a method in the madness, here’s what a good ‘complete’ core training program might look like for you.

As always, this workout should form part of a structured training plan, and will vary according to your own level and limitations. Although I’ve suggested a few progressions and regressions whenever possible.

I have used a superset format (e.g., A1 with A2, B1 with B2 etc.) solely to save on time, although each exercise can be performed by itself or using staggered ab training between sets of bigger exercises. Don’t be afraid to mix it up a little.

First, warm-Up! Just because it’s a core workout it doesn’t mean you shouldn’t get in some work beforehand. You can read more about the type of warm-up systems I recommend HERE.

Progression: Rarely applicable, but you can add additional load via a thicker band or cable if this can be performed with ease (i.e., knees remain straight and lower back in to the floor throughout)

Regression: Perform without a band, or with knees bent

A2) Half Kneeling Cable Lift

Regression: Perform standing in either a split stance, or parallel stance

Progression: Perform with a band around the ab wheel, as seen HERE

Regression: Perform on a decline bench

There are a variety to choose from, but an unevenly loaded variation will be best since it will cause you to resist some lateral flexion whilst engaging the entire core. You also get a great metabolic hit to finish off the workout with. This is an extremely good video showing a variety of carry techniques you can choose from: 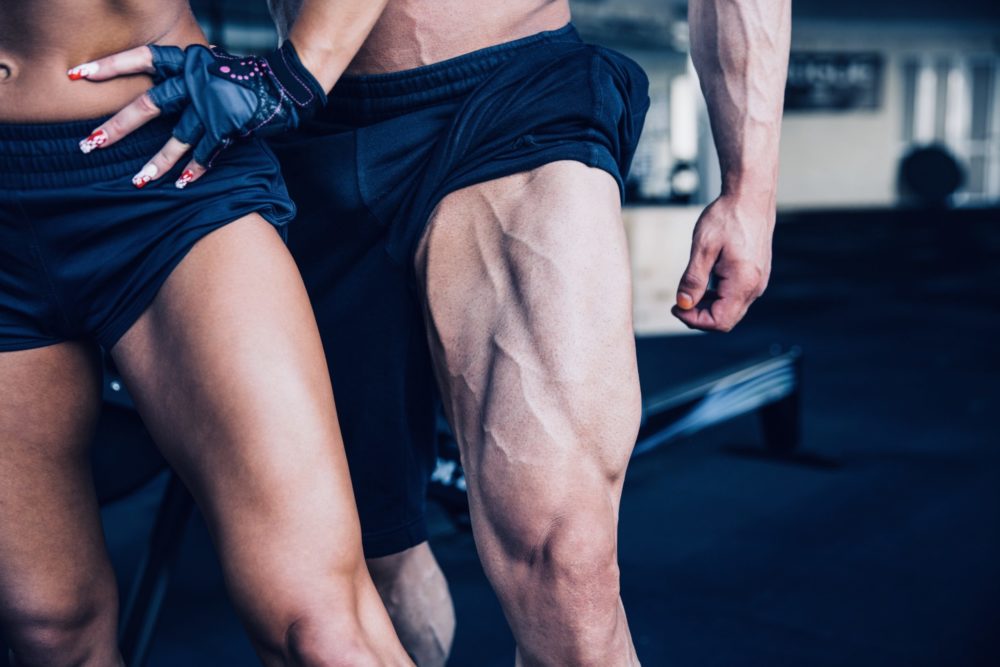 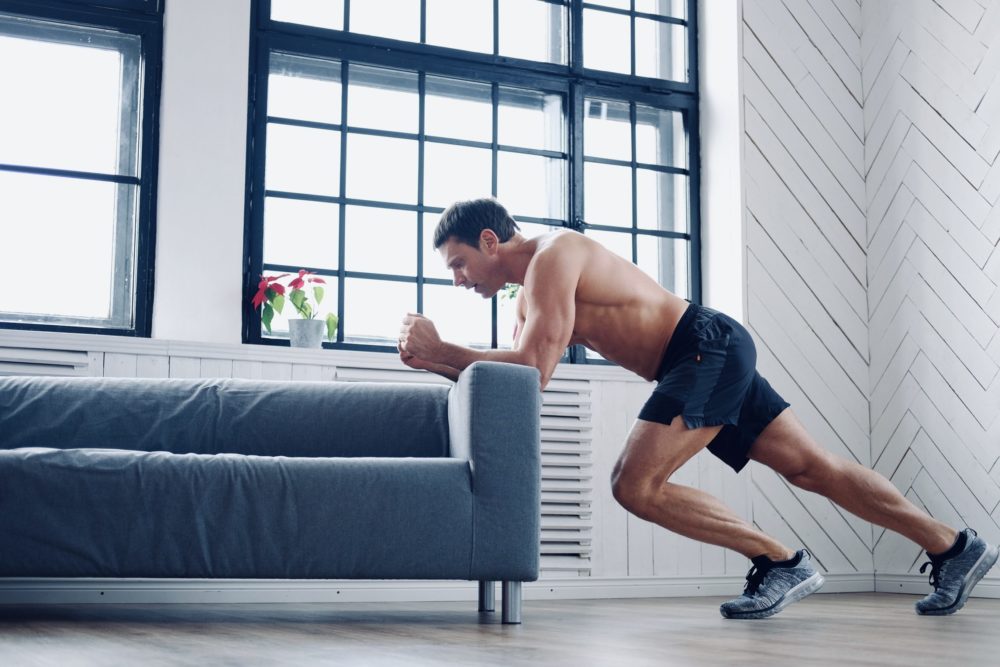